How Depression Can Affect Memory and Focus

How Depression Can Affect Memory and Focus

While most of us think of depression as affecting our emotions, it actually affects a person in three ways: mood, behavior, and cognition. Even the DSM-5 classifies Major Depressive Disorder (MDD) as a “mood disorder.” Yet it includes criteria for all three areas of a person’s functioning: mood (feeling sad, empty, or hopeless), changes in behavior or physical abilities (fatigue, moving more slowly, changes in appetite, weight, and/or sleep), and cognition (ability to think, concentrate, or make decisions). There is growing evidence that depression can mimic dementia or cognitive decline in two ways: such as a tendency to pay increased attention to negative events even discounting neutral or positive events (cognitive biases), and cognitive deficits, such as inability to focus on tasks, impairment in short-term memory, and ineffective decision-making processes (also known as ‘executive functioning’). The consequence of these impairments is that the person with depression lacks the mental flexibility to regulate their mood. He/she becomes ‘stuck in a rut.’ And because these symptoms are similar to those found with dementia, the person with depression especially if over age 50, may even fear that they are developing Alzheimer’s Disease or some other form of dementia.

In people diagnosed with depression, poor functioning in concentration and focus can predict poor academic, occupational, and daily functioning. These deficits are among the most debilitating problems for people with depression.

Medications to treat depression have been around since the 1950s. While they helped improve mood in most people, early forms of antidepressants also had serious side-effects. So, researchers focused upon improving the effectiveness of antidepressants while reducing side-effects. With improvement in mood often the ability to think more clearly and focus upon tasks improves, but sometimes it doesn’t.

In the last three years experts have found that poor cognition is present even in the first episode of Major Depressive Disorder, and it persists even after other symptoms of depression (such as low mood and low energy) have abated. So if cognitive issues exist and persist what other forms of treatment might be beneficial?

There are several prospects which may help a person improve cognitive functionality affected by depression.

Psychotherapy is a general term for treating depression by talking about your condition and related issues with a mental health provider. Psychotherapy is also known as talk therapy or psychological therapy.

Different types of psychotherapy can be effective for depression, such as cognitive behavioral therapy, narrative, or interpersonal therapy. Your mental health provider also may recommend other therapies. Psychotherapy can help you: 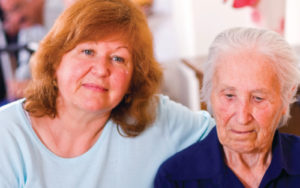 Cognitive remediation is another type of treatment that may help. This type of rehabilitation treatment offers exercises which aim at improving attention, memory, language and/or executive functions. The expected result is an indirect positive impact on functional deficits affecting everyday life.  It was originally developed for working with people suffering from brain injury, but has been successful in treating people with depression and ADHD.

Cognitive remediation is not meant to replace medical treatments or certain types of psychotherapy but rather to complement their effects. Psychoactive drugs affect brain receptors; psychotherapy impacts the patient’s image of him/herself and his/her environment, and cognitive remediation improves the processing of information. These different therapeutic approaches can be combined and work synergistically.

Have questions? Schedule a free phone consult below!